“Will the future of India’s edible-oil culture be based on mustard and other edible oilseeds, or will it become part of the globalized monoculture of soybean…” 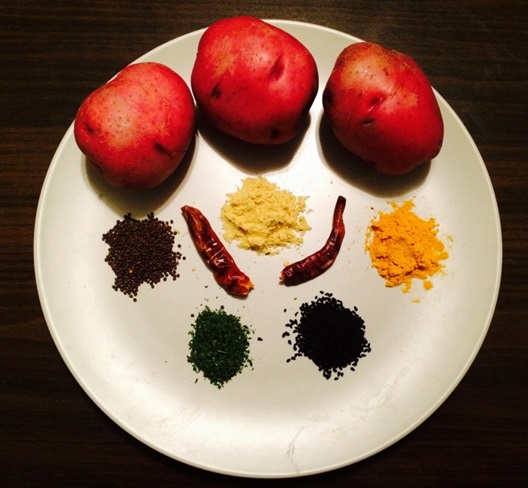 Have you ever taken a drive through the Mississippi Delta? I’m thinking probably not, so allow me to fill in the gap. Imagine a road. The straightest road you’ve ever seen, stretching in opposite directions until it reaches the horizon. And what is there on either side of the road? Nothing but unbroken fields of green. Row after row of some small, bushy plant with broad leaves. As you drive down the road and look out at the fields, the rows seem to turn like the spokes of a giant green bicycle wheel. You continue on the road for hours, and this is all you ever see.

I’m sure that sounds a little dismal to some, but for many people in my home state, those fields of green are more than just a boring stretch of road on the way to Memphis. They are the soybean fields where so may farmers earn their living. Ironically, and likely unbeknownst to the Delta farmers, those same fields represent the undoing of another group of people on the opposite side of the world: India’s mustard oil producers.

I must admit that I had never heard of mustard oil when I first approached Vandana Shiva’s article “Soy Imperialism and the Destruction of Local Food Cultures.” She suggests that the importation of soybean oil into India spells out doom for a sizable portion of the lower-class population. Certainly this thought had never crossed my mind. According to Shiva, mustard oil is the oil of choice in several regions of India, and most people used to purchase it in small amounts from local producers and vendors. All of this changed with a crisis in 1998, when large amounts of Delhi’s mustard oil supply were contaminated. And who should swoop in to save the day? None other than multinational soybean companies who pushed their oil as a safer replacement for the native mustard. 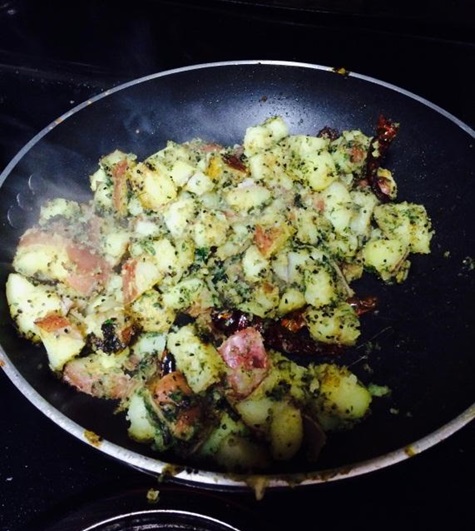 For Shiva, the issue in this chain of events is the loss of local food culture at the hands of “the globalized monoculture of soybean” represented by megacompanies such as Monsanto. Part of me couldn’t help but find holes in her argument based on a perceived bond with the soybean farmers who share my home, but nonetheless her words struck a chord within me. Therefore, I set off in an effort to honor the mustard seed and reproduce an Indian dish using the precious oil. Some cursory Googling revealed a simple pan-fried potato recipe that sounded just up my alley, so I then went out to gather my supplies.

As I browsed the oil aisle at my local grocery store, the full force of the article dawned on me. Each shelf was filled with bottle upon bottle of vegetable, peanut, olive, and canola oils, but mustard oil was nowhere to be seen. After checking several other stores, including some specialty ones, I still couldn’t find a bottle anywhere. That’s when it hit me–Shiva was right. The soybean industry had effectively muscled mustard out of the market, at least the US market. However, I’m not one to  be easily dismayed by a challenge, so I sought another replacement, being careful to avoid soybean oil in my search. I settled on infusing olive oil with mustard flavor by mixing in ground mustard and the whole seeds. While I’m sure this method lacks the full pungency of pure mustard oil, I think it was a suitable substitute for the time being–although next time I’ll do more planning and order the oil online.

The whole mustard-soybean oil controversy calls a familiar saying to my mind: “One man’s trash is another man’s treasure.” While Shiva sees soybean oil as unhealthy and dangerous, the FDA has no problem labeling the oil as acceptable. On the other hand, Shiva’s “cheap and safe” mustard oil is deemed hazardous by our government, so imports of the product are strictly monitored and regulated. It’s hard to say which side is right since both arguments are grounded in a preference for the familiar, a predilection we all share in some way. So think of the recipe below as a moment of globalization–the good kind that is–where one man can share the other man’s treasure. 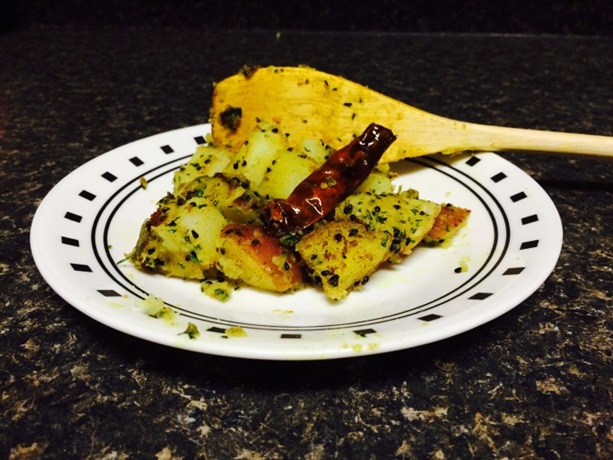 Adapted from a recipe on the blog My Fancy Pantry.