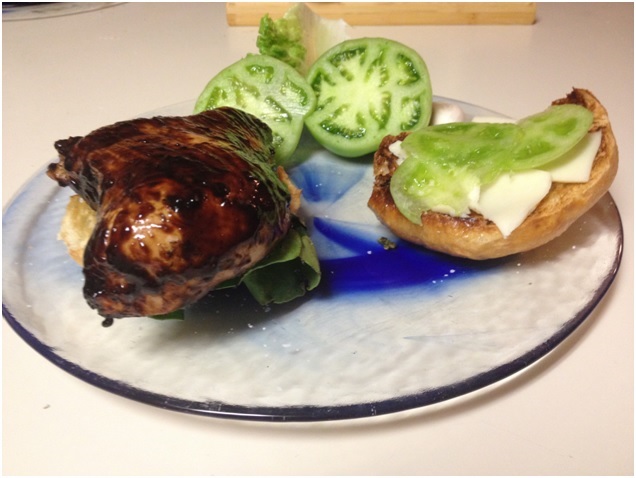 Well, now I am back again for my second blog post and guess what? Instead of failing at sardonic wit and questionable humor now I am just straight up pissed off. And here’s why.

I am assigned with the happy task of writing about the bizarre and the taboo in food. My inspiration comes from a vegan author. Can you believe that?

Yes; there are indeed vegans. And now they have pens.

END_OF_DOCUMENT_TOKEN_TO_BE_REPLACED

Miss Dots Chicken Shop is one of the many restaurants Tuscaloosa has added to its growing foodie scene in recent months. Miss Dots Tuscaloosa is the newest addition to John Cassimus’ quickly growing collection of restaurants. He and business partner Tyre Stuckey opened a Miss Dots location in the Birmingham township of Mountain Brook just a few weeks before their Tuscaloosa launch. Risky? The men don’t seem to think so. The new fast casual chain is the second that the duo has tackled; the first is the contagious Zoes Kitchen that is quickly spreading across the southeast. The new up-and-coming Miss Dots chain is sure to make a huge impact with its traditional southern cuisine in a fast casual setting.

Owners aptly named Miss Dots after a local culinary inspiration, Miss Leona Rogers— AKA Dot. Miss Dot and owners have created the perfect mixture of a southern at-home meal and a fast dining experience unprecedented in Tuscaloosa. The restaurant is located within Tuscaloosa’s forgotten mile, bridging the gap of between The Strip and Downtown. With plenty of parking and brand new sidewalks, Miss Dots is easily accessible to Tuscaloosa locals and students alike. END_OF_DOCUMENT_TOKEN_TO_BE_REPLACED

As a college town, Tuscaloosa has its share of starving college students, artists, and other young adults in need of a good meal. While downtown is developing as fast as it can manage, filling previously empty spaces with trendy stores and all sorts of restaurants, at least one location has already won the hearts of many a Tuscaloosa resident: The Avenue Pub. Between its inviting atmosphere and its generous portions, The Avenue Pub has wasted no time in winning the hearts of hungry patrons. END_OF_DOCUMENT_TOKEN_TO_BE_REPLACED

In a small, almost shack-like house down Watermelon road lies a humble barbecue joint that you’d never notice if you hadn’t been told about it—but if you live in Tuscaloosa or Northport, you probably have. Archibald’s has been a Tuscaloosa staple since opening in 1962, with food so renowned that a photo of the original owner, George Archibald, hangs in the competing Jim n Nick’s Bar-B-Q. Today, Archibald’s is run by George Archibald Jr., but the style and recipes remain the same. In 2013, Archibald’s made #6 on USA Today’s list of “America’s Tastiest Ribs,” and it has been featured on ESPN, in Southern Living Magazine, and in the New York Times. The workers will happily remind you that Alabama legend Bear Bryant relied on Archibald’s for his barbecue needs. In fact, the entire establishment is a family affair. Two offshoots, both called Archibald & Woodrow’s, are also run by the family and offer more options, such as macaroni and cheese, hot wings, and catfish, but the original boasts all of the nostalgia and credibility of an Alabama classic. END_OF_DOCUMENT_TOKEN_TO_BE_REPLACED