“Until we step together out of the shadow of denial and into the brutal light of honesty, we will only be repeating those patterns, and standing in the way of a truly just and healthy food revolution.” -Natasha Bowens, “Brightening Up the Dark Farming History of the Sunshine State”

In “Brightening Up the Dark Farming History of the Sunshine State,” Natasha Bowens describes the restorative effect farming has had on Miami’s Little Haiti. The “dark side” of farming in Florida refers to the disturbing presence of modern slavery. Bowens is outraged by the racial injustice that has been perpetuated for centuries while people continue to eat produce sourced from these operations, blissfully unaware of its origin. The essay presents a stark contrast between locally grown and unethically grown food.

So often when we have explored the ethics of food in the class, we have focused on the well-being of animals or environmental impact, but I think the issue of human rights is one that most people have a unified opinion about. No one would say that it’s right for workers to be “chained and held captive in produce trucks, beaten, and shot” (Bowens 254), yet this activity still occurs because consumers are not investigating the source of their food.

Programs like Earth ‘n’ Us permaculture farm and The Urban Farmer hydroponic farm are real and successful alternatives to the injustice occurring just outside the city of Miami. Bowden has understandable criticisms of the hydroponic farm (it’s too expensive to be feasible for everyone); however, the community engagement and education that these programs foster offers some hope that immigrant communities can have their own successful ethical farming operations.

As I’ve read about ethical eating throughout the semester, I’ve considered the value in knowing where my food comes from. I began to frequent the Tuscaloosa Farmers’ Market, and tried to make a more concerted effort to be mindful of what I was eating. In late February, I decided to take my efforts a step further by starting a modest community garden. With help from friends, I constructed a planter from shabby old pallet wood and planted collards, romanesco (an alien-like combination of broccoli and cauliflower), microgreens, red leaf lettuce, and dill from seeds. I anxiously awaited the sprouts’ arrival. The seed packets said that the microgreens would be ready to harvest within a couple weeks, so I bent down over the planter nearly every day to check on their progress.

During the wait, I purchased a small basil plant from the hardware store in an effort to avoid some soul-sucking 5 o’clock traffic. As I walked around the store’s seed and plant section, I wanted to purchase all of the tomato plants, fragrant herbs, and strange looking seeds sitting loose in barrels that I could. I suddenly realized that while this was a casual and fun activity for me, farming is the livelihood of many people, especially in the south. I imagined what it would be like to do hard labor every day, regardless of the weather. Add neo-colonialism into the mix and it becomes clear that being able to have a small personal farm that you don’t actually need to eat or to make money is a privilege that is often taken for granted. 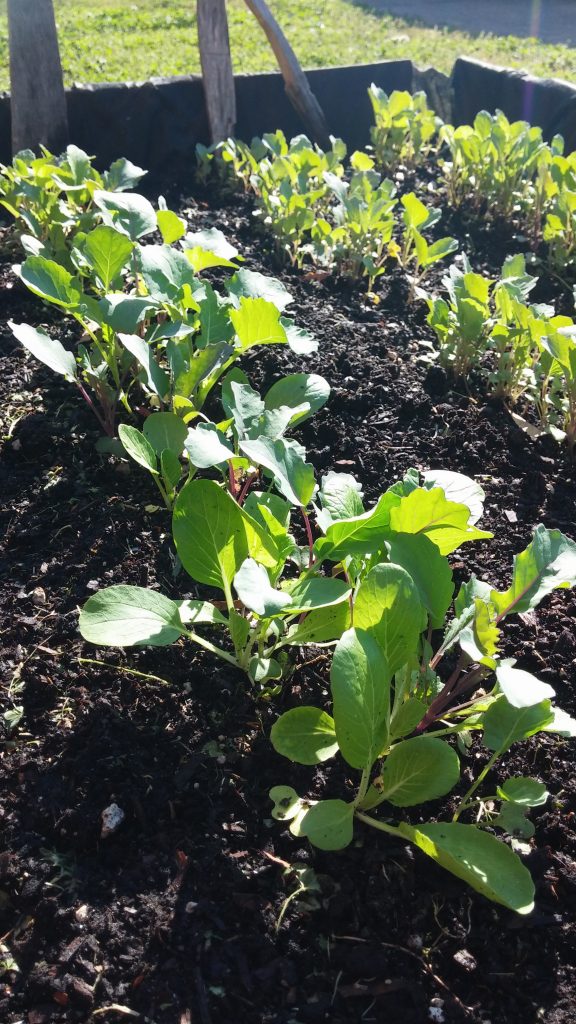 Microgreens in the garden

This being said, my horticulturally uneducated friends and I cared for the small garden as best we could. Over time, the seeds turned to sprouts, the sprouts produced small leafy structures, and, finally, the sun-soaked leaves of the microgreens called out for attention. I made a simple salad with them, exclaiming, “These came from seeds!!!” to anyone who would listen. In this salad recipe, I incorporate homegrown microgreens and basil into a bright mixture of fresh (although store-bought) watermelon, tangy feta cheese, and a simple dressing. Taking part in this experience of growing something from scratch, harvesting, and sharing it has taught me to appreciate the gardening process on a personal level, although there is still much to be done in the field of food justice. 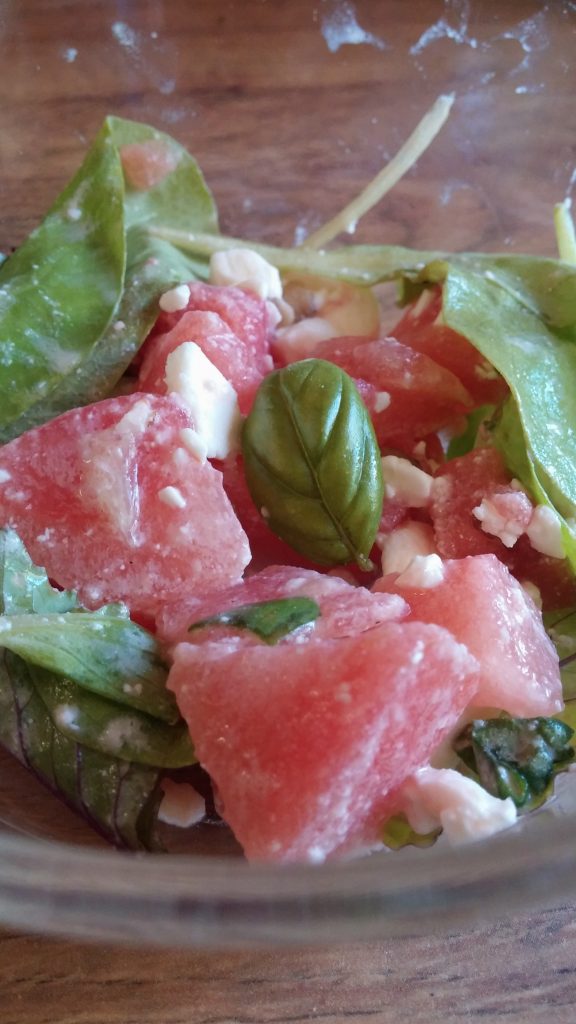 Watermelon Salad with Feta and Microgreens