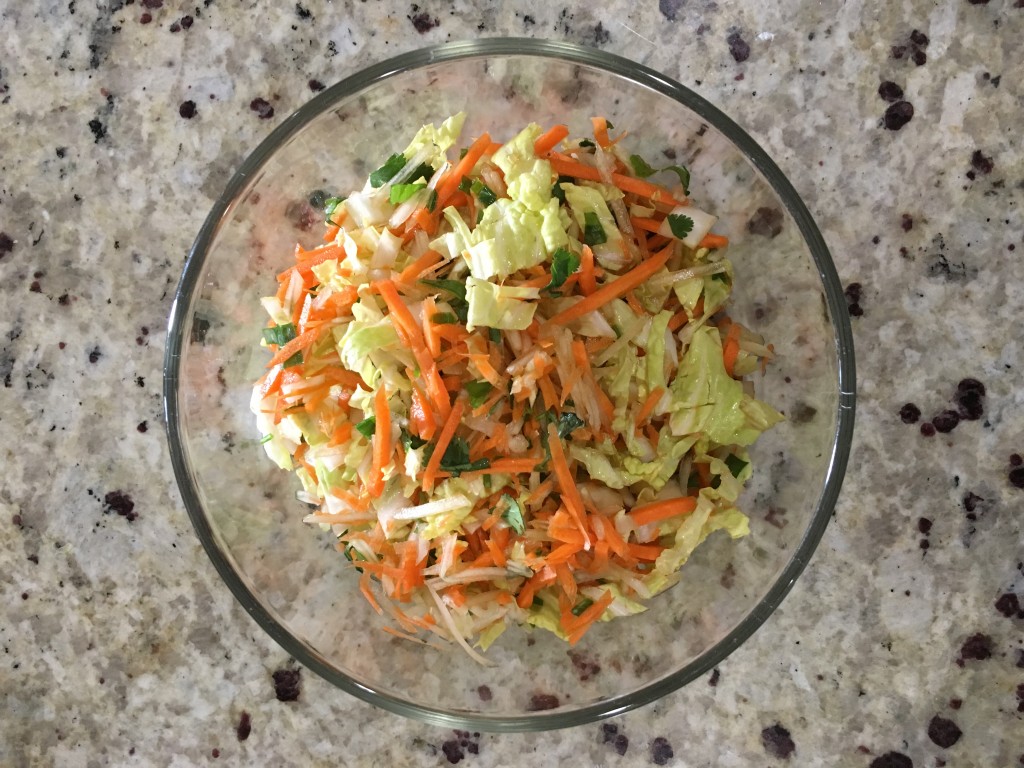 “I should mention before you envision me slaving away in a kitchen to create the perfect dumpling that the ones I like come out of the freezer.”

What does it mean to be multi-cultural? As a Chinese- American Lily Wong grapples with her clashing culinary identity in her article “Eating the Hyphen.” Wong depicts a meal of traditional Chinese dumplings prepared and devoured in an unorthodox manner that few outside of her family would recognize. Wong is able to blend her two gastronomic cultures into one by simply utilizing a diverse utensil combination of a fork, a knife, and chopsticks—then adding ketchup.

Lily Wong depicts her favorite dish of dumplings: “Thick and chewy and starchy and the bottom should be a bit burnt and dark golden brown from the pan-frying” (40). Her descriptions of the perfect brown skin are quickly accompanied by a vague description of the traditional mystery meat and veggies that erupt from inside of the dumpling with the first juicy slice, smash, or bite.

After entirely seducing readers with flavors and textures, Wong snaps back to reality by revealing that one of her most beloved dishes is actually not from her family’s archives but in fact, the microwave.

Her preparation of the dumplings is not the only modern day twist that Wong has added to her previously frozen dumplings. She livens the traditional dish up with a non-conventional condiment, which Wong says her “grandmother only looks at with a face three-quarters filled of disgust” (42). Instead of reaching for the soy or ginger sauce that traditionally accompanies with Chinese cuisine, she snags the ketchup. Careful to avoid the “red water” she helps herself to a hearty portion before diving into her step-by-step process of dismantling her dumpling.

Unlike Wong, I wasn’t sure how I felt about food before coming to college. I come from a middle-income, white family. My parents both worked full time and had no time or desire to learn how to cook. With just my sister and me to feed, our meals were never extravagant. Delicious and nutritious, our dinners required one dish or pan and previously resided in the freezer section of Wal-Mart.

I had no idea what I was missing. Although I was a well-seasoned microwave chef, my upbringing sheltered me from the advanced culinary world of using real ingredients to create a decadent meal.

In our house, themed dinner nights were always a success: make your own taco kits, boxes of pasta, jars of tomato sauce, and my mom’s favorite, bags and bags of frozen spring rolls.

I would have done many things after leaving home for college to never see a spring roll again. I swore them off for a few years in in fact, until my roommate instructed me to make them for a game night we had with our friends. After continuously giving her grief for a day or two about her menu selection, I yielded and agreed to help her prepare these dreaded rolls of raw vegetables. I droned on an on about how I have to smell, see and eventually eat, these rolls. My defiance only strengthened like the burn of wasabi as she handed me a knife to chop up all the crap that goes inside them. If it were up to me, the preparation would have been dump the frozen logs out of the bag and hit defrost.

But when I took the first bite of my real edible hyphen I ate my words—and immediately two more spring rolls.

Although I trust that Wong’s freezer dumplings smashed, demolished, and properly smothered to perfection are truly delicious, but my newly broadened taste buds will not settle for anything even slightly frosted (unless it’s a cake).

The tacky, transparent wrapper, utilized entirely as a vessel for the veggies, utterly contradicts everything Lily Wong likes in her dumpling skin. Uncooked, the rice wrapper coddles the mixed greens, and oranges in a blanked bundle of crunch.

The first bite is crisp, tangy and surprisingly not messy. Strategically, it only makes sense to start with the folded rice paper edge only getting a quick glimpse at the cabbage, carrot, cilantro, and cucumber. It is an enticing tease, enough to tempt even the strongest of wills. However, the second bite is an entirely different experience. With a perfect hole on one side, the spring roll quickly turns in to a spring bowl for my tsunami of soy sauce.

Although I complained through the entire process of chopping the vegetables, below is my adapted recipe from my roommate’s spring rolls. 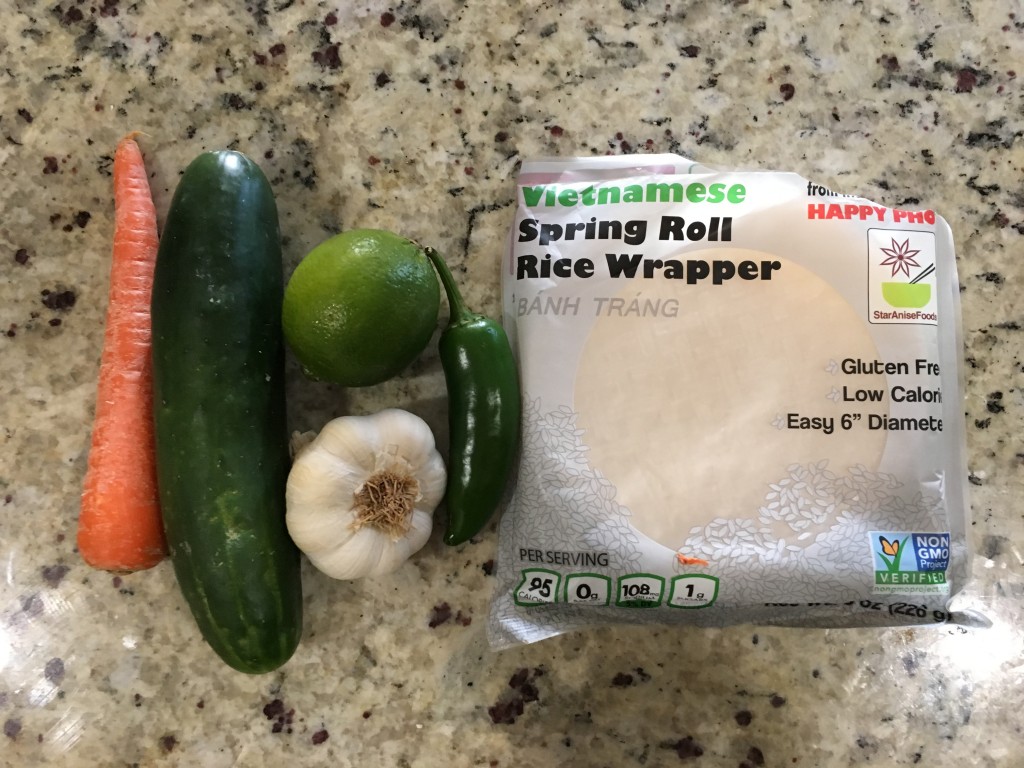 1 lime (divided, save ½ for the tsunami sauce)