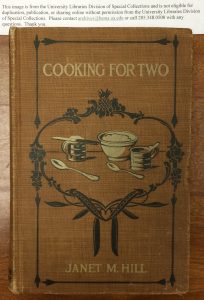 In this book and others, Hill, a graduate of the Boston Cooking School under Fannie Farmer’s tenure, exemplifies the style of this landmark figure in American cooking. During her life, Farmer pioneered the idea of indicating exact measurements in recipes, and she sought to re-invigorate the culinary landscape of the average American household through her straightforward yet intriguing recipes. Her approach, diverse but always accessible, made Farmer a celebrity: when she first published her Boston Cooking School Cookbook, more commonly referred to as the Fannie Farmer Cookbook, it sold over three thousand copies in the first year. The book remains in print to this day, with more than four million copies sold (Snodgrass 226). 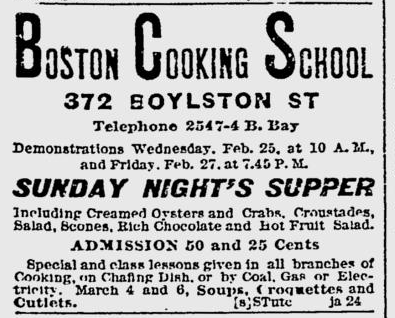 While Farmer’s recipes featured concrete, precise directions, they by no means served to restrict aspiring home cooks. Rather, with clear and easy-to-follow instructions, they rendered a complete range of cuisine—from sweet potato waffles to barbecued ham to lobster chowder—accessible to any curious reader, regardless of background and experience.

Farmer’s influence on Hill, her student at the Boston Cooking School, is evident in Hill’s Cooking for Two, which features—like Fannie Farmer’s cookbook before it—specific instructions for preparation (including precise measurements) and detailed nutritional advice (Snodgrass 226). Hill also borrows Farmer’s inclusion of sample menus: the book’s appendix contains a week’s worth of meal suggestions (breakfast, lunch, and dinner) for every month of the year, as well as a special section providing holiday options. 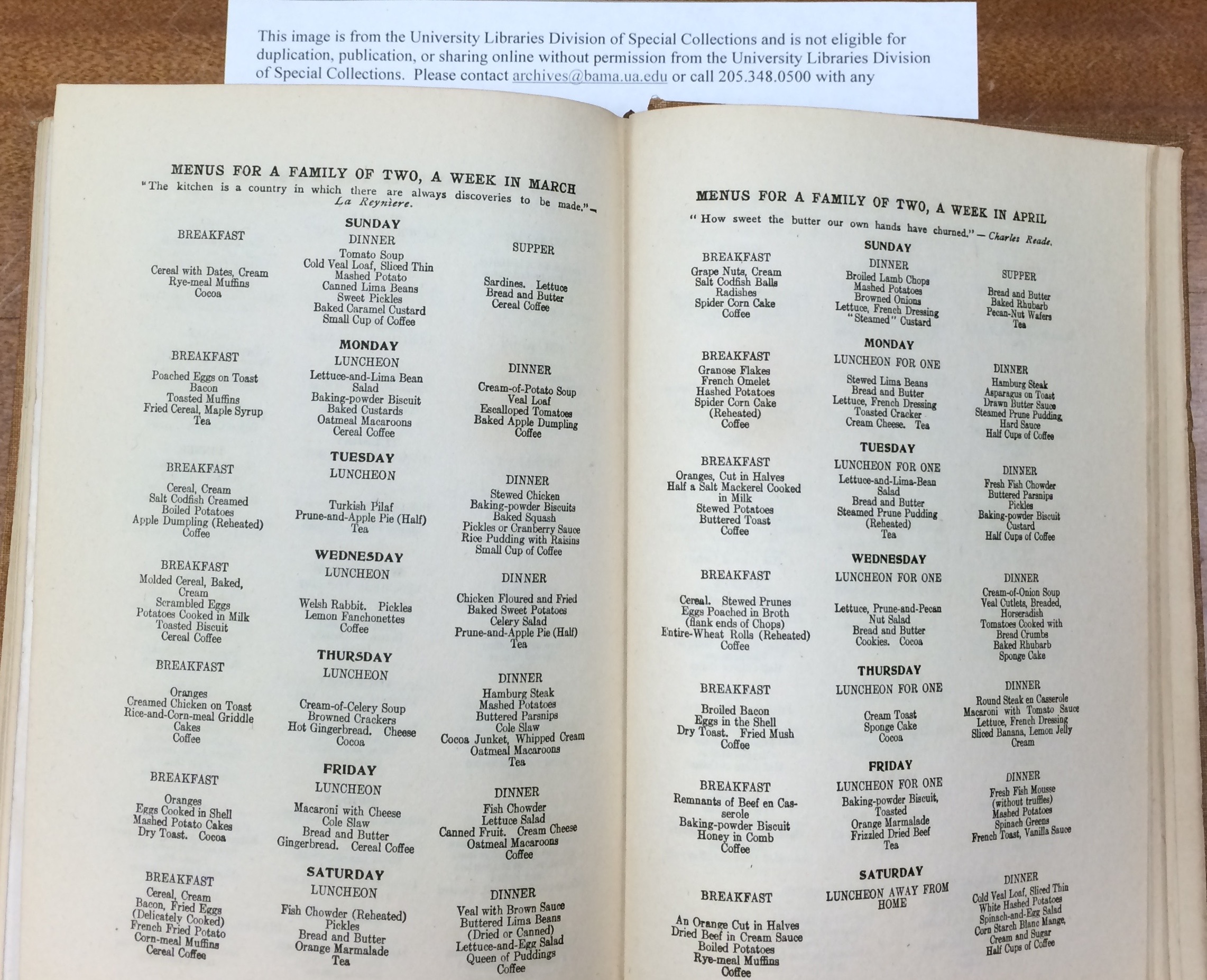 This array of information makes Cooking for Two a veritable treasury for the young turn-of-the-century woman: among innumerable other selections, its four hundred pages hold instructions for broiling a simple fish, roasting wild duck with cranberries, assembling a rutabaga-turnip salad, and crafting delectable desserts (caramel ice cream, moist chocolate cake, and the plain ginger cakes which I recreated, to name a few). Though the expectations on housewives in this era could be oppressively intense, Hill utilizes Fannie Farmer’s style of clear, precise directions to open the doors upon countless diverse and exciting recipes, enlivening the daily necessity of preparing food for the family. 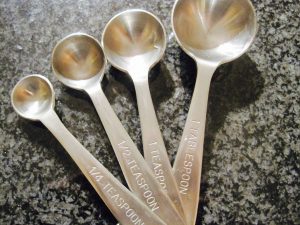 Despite the famed accessibility of Farmer and Hill’s approach, I was still, admittedly, pretty apprehensive to try a recipe from 1909. When I ventured to bake my first batch of Hill’s ginger cakes, I fully expected some disaster to engulf my kitchen. However, I was quickly proven wrong. I followed the recipe exactly, measuring and mixing the ingredients according to Hill’s precise instructions, and before long, a flawless batch of ginger cakes materialized.

The directions lack only a specific oven temperature and baking time. However, considering that this recipe comes from an era without today’s built-in oven temperature and timing controls, such an absence is not surprising. I simply interpreted Hill’s “moderate oven” as about 325° and baked the cookies for eight minutes. They emerged from the oven uniform and puffy, their crisp, sugar-coated exteriors revealing a soft, hearty center rich with spicy warmth.

Undoubtedly, the style pioneered by Farmer and advanced by Hill facilitated the ease with which I re-created this 1909 recipe. The specific measurements (cup, teaspoon, tablespoon) remain unchanged by time, and the step-by-step directions guided me painlessly and smoothly through the process—just as they were intended to guide readers at the turn of the twentieth century. 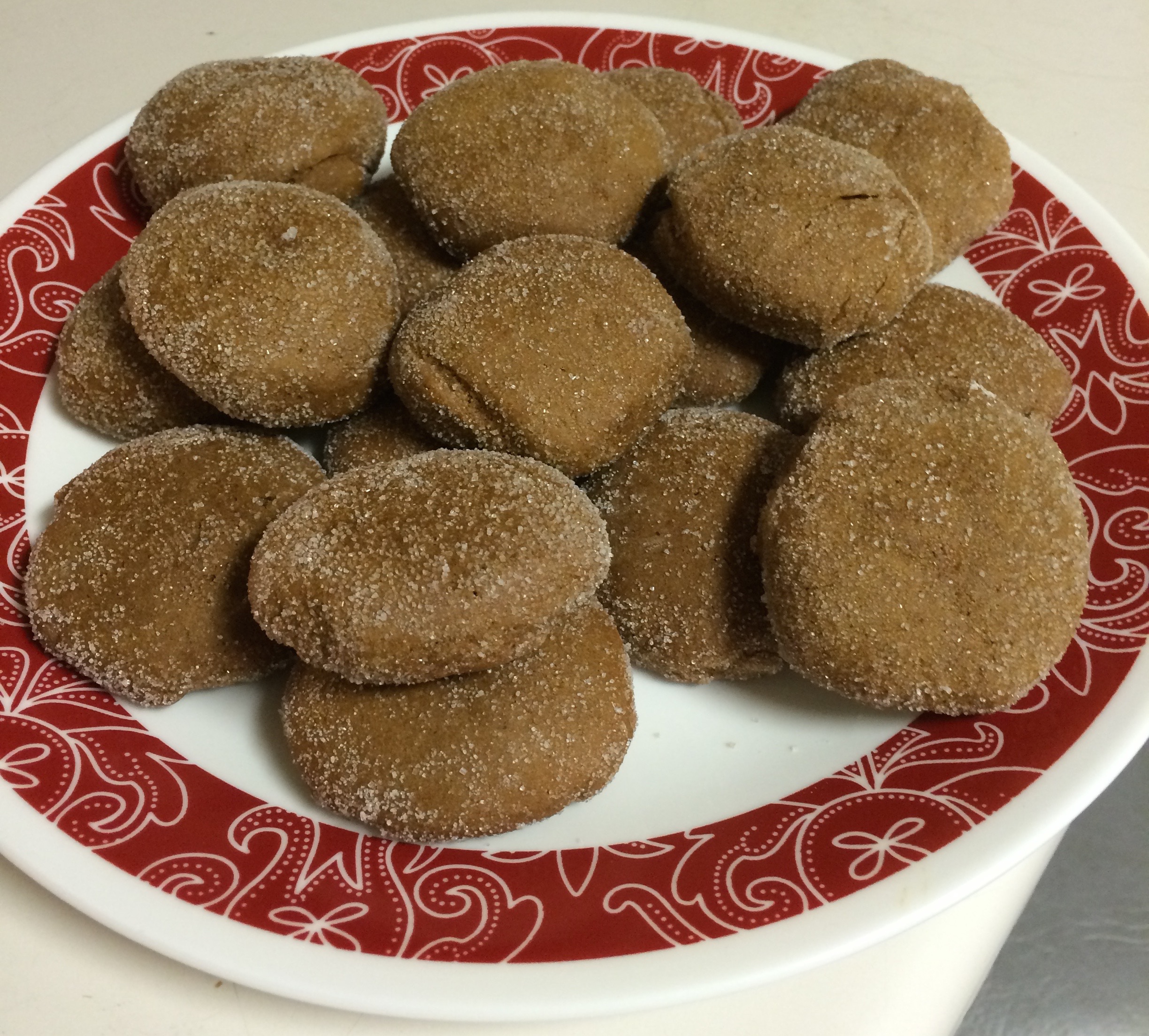