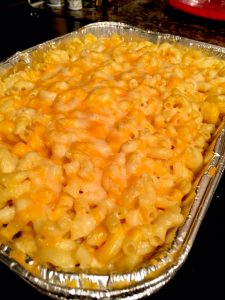 In Anthony Bourdain’s Medium Raw, he dedicates an entire chapter to telling his readers why Alan Richman is a douchebag. Those familiar with Bourdain’s bold personality won’t be surprised at this; however, while Bourdain concedes that Richman is a talented food critic, he attacks him with such vitriol in this chapter that the reader may begin to wonder if there’s even more to the story than what’s being told. Bourdain is absolutely scathing in his assessment, calling out Richman for his absurd dining expectations, his pretentious “rules,” his petty attitude, and his lack of ethics. All of that aside, one of Bourdain’s biggest issues with Richman seems to stem from the fact that Richman decided to kick the city of New Orleans while it was down.

It is clear, not only from this text but from many of his other writings and television features, that Bourdain has a soft spot for the city of New Orleans and its cuisine. In “Alan Richman Is a Douchebag,” Bourdain berates Richman for several pages over his behavior toward the New Orleans citizens and their culinary scene post-Katrina. You can feel Bourdain’s fury leap off the page as he describes how Richman publicly determined that New Orleans “deserved what it got” and stated that perhaps their cuisine “sucked all along.” Bourdain quickly jumps to the defense of the city, describing the suffering and resilience of its people after the storm with a surprising amount of compassion. It is in this passage that Bourdain stumbles upon a greater truth about the link between food and community. 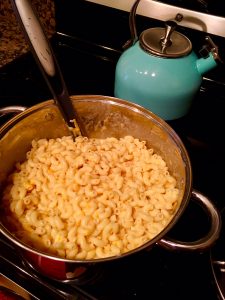 While talking about post-Katrina New Orleans, Bourdain mentions how chef Donald Link returns almost immediately to his city to open a new restaurant, hiring anyone who would work and serving whatever he could. He talks about Antoine’s, who retained almost full staff, despite the fact that the dining rooms remained mostly empty. These snapshots begin to paint a broader picture of how food held a community together after both its physical and emotional destruction. The people of New Orleans clung to their food traditions when there seemed to be little else to cling to. New Orleans style cuisine was a defining feature of the city before the storm hit, and New Orleans style cuisine helped build the city back up in the aftermath.

Food and the traditions that accompany it can be a cornerstone to almost every kind of community. During the holiday season, many families center their festivities around a giant turkey, which is perhaps the most essential item of holiday feasts. A lot of people don’t consider a wedding complete without a towering, tiered white cake. On a more somber note, food can also be a uniting factor to a family or community in mourning.

My family, like many others, shows sympathy through food after the loss of a loved one. Everyone always operates on the assumption that the grieving family left behind has absolutely no desire to cook, and immediately runs to the store to stock up on tin foil baking pans and key ingredients. My extended family in general shows sympathy and solidarity through heavy, rich comfort foods, ones that fill the belly and lull you to sleep. After a funeral or memorial service, all of the usual suspects are always accounted for: lasagna, casseroles, roasted chicken, green beans, pot pies, meatloaf. Perhaps the most comforting and most constant of comfort foods present on the table during the grieving process, however, is macaroni and cheese. Macaroni and cheese is universal. It’s the one side dish that everyone eats, and the one side dish that never has any leftovers. The warm, melted cheeses oozing around soft elbow noodles may not necessarily lift the spirits, but they’re familiar and filling in times that make you feel strange and empty. A heaping bowl of mac n’ cheese won’t take your sorrows away, but it’ll be there for you until things start to look up. Just whatever you do, don’t count the calories.

Salt and pepper to taste 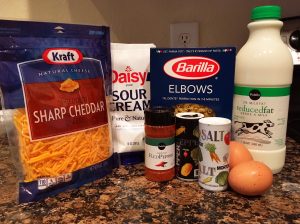