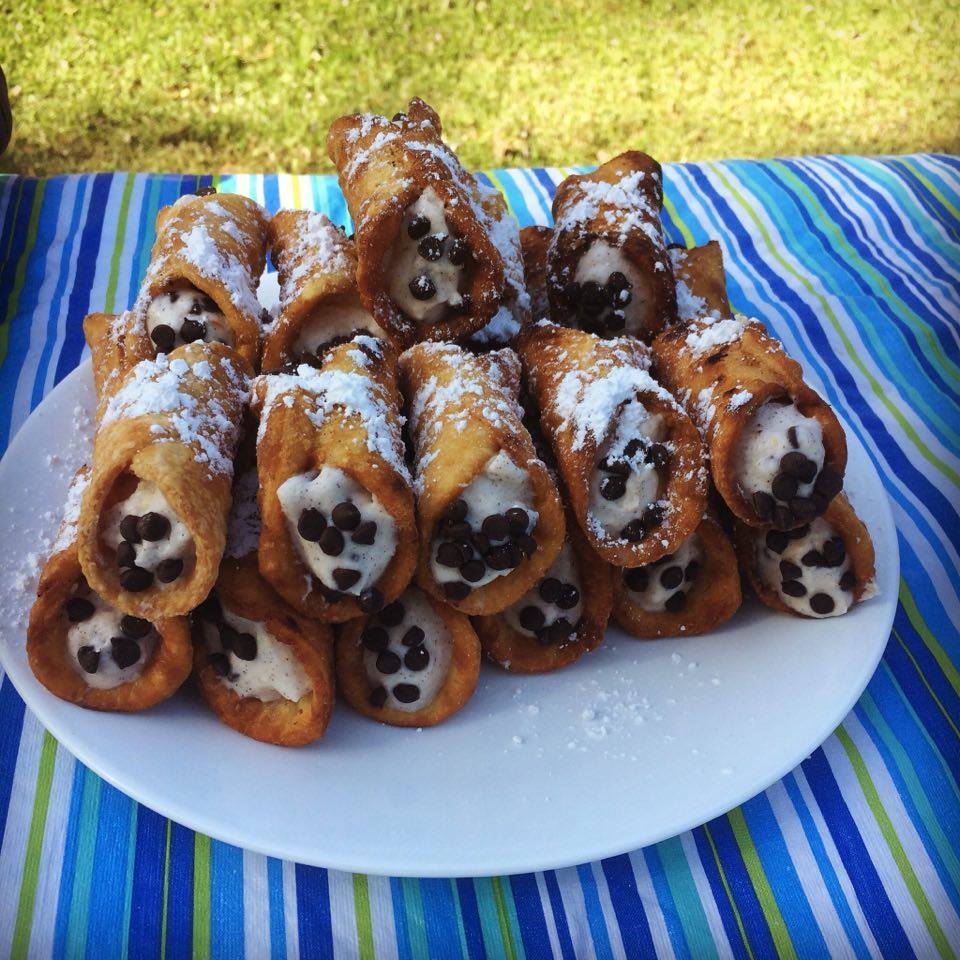 When I was in elementary school, I loved Fridays. Of course, that’s not surprising—everyone loves Fridays. However, unlike my classmates at my Baltimore Catholic school, my excitement was not centered on sleeping in, seeing friends, or even wearing something besides my awful plaid uniform jumper (maroon and white, over a white collared shirt and navy tights). All of that excitement was reserved for Saturdays. Friday was cannoli day.

Every Friday, I left school and hurried to my stepfather’s car. I waited in the car while he picked up the dry cleaning, my excitement building. Finally, we drove to Scittino’s, a small Italian market. Open since 1973, Scittino’s was a charming, nostalgic Italian-American deli, straight out of a Hollywood movie or a New York street corner. In Baltimore, it appeared quaint and a bit out of place. Inside, my stepfather chatted with owners Sal and Josie while I inhaled the scent of fresh meats and wandered through the store. Red checkered tablecloths marked the small dining area; the grocery aisles boasted candy, oils, spices, and Italian food necessities like sundried tomatoes, fresh olives, porcini mushrooms, and at least fifteen different flavors of pesto sauce. Most important, though, was the deli counter: the left side held blocks of parmesan and balls of mozzarella, rows and rows of sausages, spicy salame and salty prosciutto, while the right side was overflowing with biscotti, cuccidati, pannetone, pecan sticks, and macarons. The cannolis, however, were not in the display case; the cream and shells were kept in the kitchen and filled to order so as to avoid soggy shells.

After we had purchased the cannolis, we headed home, where I waited impatiently through a hastily made dinner, usually featuring at least one frozen item and one can of Campbell’s soup. After every plate had been cleared from the table, we fetched the cannolis from the refrigerator. A quiet but palpable excitement filled the room. Although each of the desserts came in an individual plastic box, we carefully put them on plates with a touch of whipped cream. The clean white cream peeked out from the golden brown shell, tempting even my mother to take a break from her various dieting experiments.

When the time came, the room was silent. I picked up my cannoli, holding it cautiously over the table to avoid a powdered sugar snowstorm. I bit gently into the buttery fried shell, feeling it shatter between my teeth. The flaky crunch was soon overwhelmed by a surprising coldness: a sweet, creamy ricotta filling, reminiscent of autumnal spices and punctuated by small flecks of rich chocolate. I took my time chewing and swallowing each luscious bite, but the cannoli still vanished far too soon. During that time, the cannolis were the star of the room. Any disappointment, it seemed, could be cured by a Scittino’s cannoli, lovingly consumed on a Friday evening.

When I moved to Wisconsin, and later Alabama, I struggled to find a cannoli that matched the experience of Scittino’s. My parents weren’t very adventurous with their cooking, and cream cheese-filled grocery store cannolis were always disappointing. Finally, I committed to my search. I bought some cannoli molds and studied various cannoli recipes, finally settling on Alex Guarnaschelli’s. I learned of the importance of dry white wine in the shell, and whole milk ricotta in the filling. And although I was never quite able to recreate the reverent tradition of Scittino’s cannolis in my childhood home, these delicious homemade treats, and the process involved in creating them, carry their own sort of contentment and could one day become my own tradition. 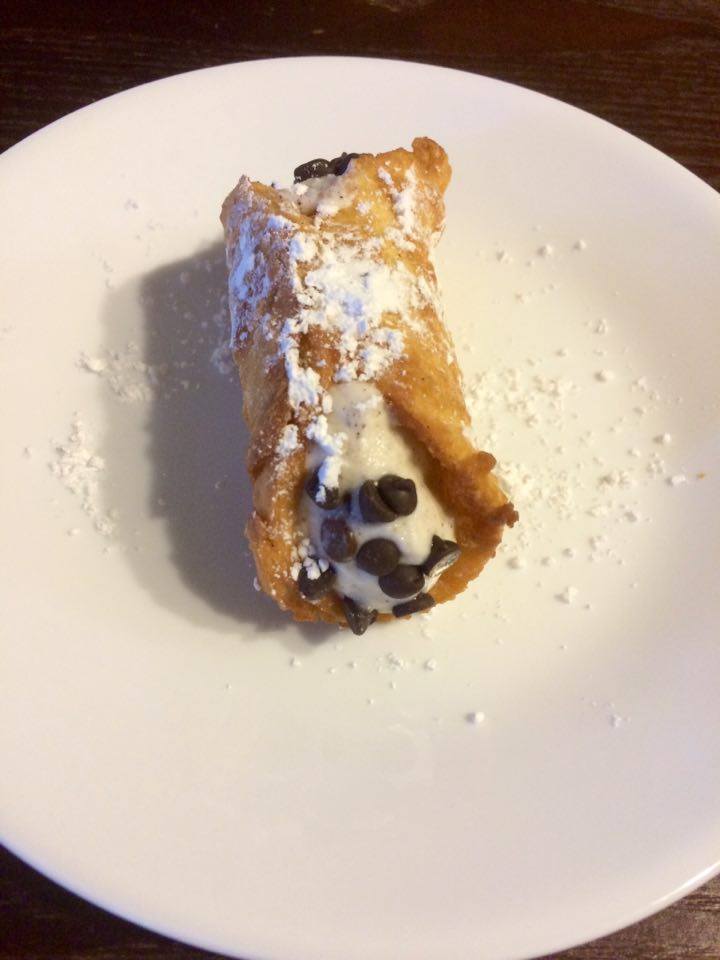