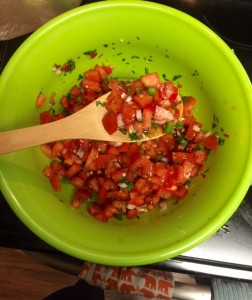 “Trade between farmers, foragers, and fishers has gone on in the Sonoran Desert for millennia, long before an international boundary split the region in half.” – Gary Paul Nabhan

Where does your food come from? Growing up in the Sunshine State of Florida, I rarely questioned that. All my favorite foods seemed to come from my backyard. Literally–  my neighborhood flourished on top of an old orange grove, with many of the original trees still inhabiting our backyards. But, it turns out I was wrong about where the rest of my Florida favorites came from. Most heart-wrenchingly, the shrimp I had grown up peeling at our Thanksgiving lunches were not from the salty shores I knew, but rather, somewhere across the Gulf.

I’m not the only one surprised at the origins of their favorite foods, however. Gary Paul Nabhan explores the trade of foods between the United States and Mexico in his essay, “A Brief History of Cross-Border Food Trade.” He, too, was surprised to find out “three-fifths of the fresh produce [people] buy and eat [is] harvested from the West Coast of Mexico” along with most fish and shrimp (156). Nabhan admits he was unaware of this discrepancy even while living just miles from the Mexican border in Arizona.

While more historical than allegorical, Nabhan details the history of food production and movement, mainly from Mexico to America, from the pre-colonial period to today. Throughout the years, there have been changes in the amount, stock, and laws of the food trade, but regardless the flow of food goods between the two countries has been seemingly constant. Nabhan drives this point home by sharing an anecdote of eating frozen Walmart chimichangas at the Sonoran Department of Tourism – wondering to himself what the first woman who made chimichangas thought of these “mass-produced facsimiles of her homegrown invention” (161).

To me, this account of the frozen chimichangas was the most gripping part of Nabhan’s essay. I felt that they exemplified how this bicoastal food movement has not only shuffled food from country to country, but also ideas and practices. With the flow of food comes also the flow of technology, production, and globalization, which allows things like mass-produced chimichangas to become a plausible preference over homemade chimichangas.

When I looked for a recipe I felt embodied this flow, I wanted to make something that has become a staple in America’s Mexican food, and I immediately gravitated  towards salsa. I’ve worked at a Tex Mex restaurant every summer I’ve been home from college, and can guarantee that salsa is a broad favorite. While I couldn’t use the super secret, highly guarded recipe from my workplace (I was never taught how to make it), I figured a super fresh version of it would suffice.

Admittedly, salsa has been co-opted by Americanized Mexican cuisine; it can be found in every “Mexican” restaurant, regular supermarket, and even on street corners (yo quiero Taco Bell?), yet it embodies an ideal that I believe has been cultivated by the food trade. As we benefit from Mexico’s fresh produce of tomatoes, it makes sense why we would consider salsa to be emblematic of Mexican cuisine. Salsa, with its fresh ingredients, based on crops that flourish in the warm Mexican climate, and its colors even resembling the Mexican flag, offers merely an Americanized glimpse at their full cuisine. To fully understand Mexican food culture, it is important to consider the implications of the so-called cultural food we eat.

I also chose salsa because I just really enjoy it. There is a wide variety of salsa: chunky, watery, cooked, fresh, thick, thin, etc. So, I feel as though I must explain my favorite. I enjoy chunky salsa. There must be a wide variety of veggies with the actual sauce part comprising the juices at the bottom of the dish. Fresh is the best, when the tomatoes are cool and crisp, and you can actually taste the onions and smell the cilantro. And I absolutely must have spicy salsa, the spicier the better. On a crisp, thick chip, nothing is better. Now before you get to your chopping and slicing, take a minute to research your products and see if they are from the Sonoran fields of Mexico. Ironically enough, the tomatoes I found were from Florida. Guess I wasn’t that wrong after all. 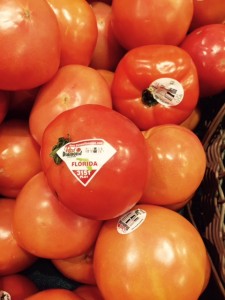 2 chile peppers, mild or hot, seeded and finely chopped (if chile peppers can’t be found jalapenos can be substituted)

salt and pepper, to taste

Chop all ingredients and combine in a bowl.

Let marinate in the refrigerator for at least an hour for best results.