“I worked my hands down through the sleek, cool nuts until my arms were in up to my elbows, and laid my cheek against the acorns in a kind of embrace. I smelled their faint dust, thought of all the rain and darkness and hunger they would forestall, and felt fiercely proud.”
– Jean Hegland, Into the Forest (193) 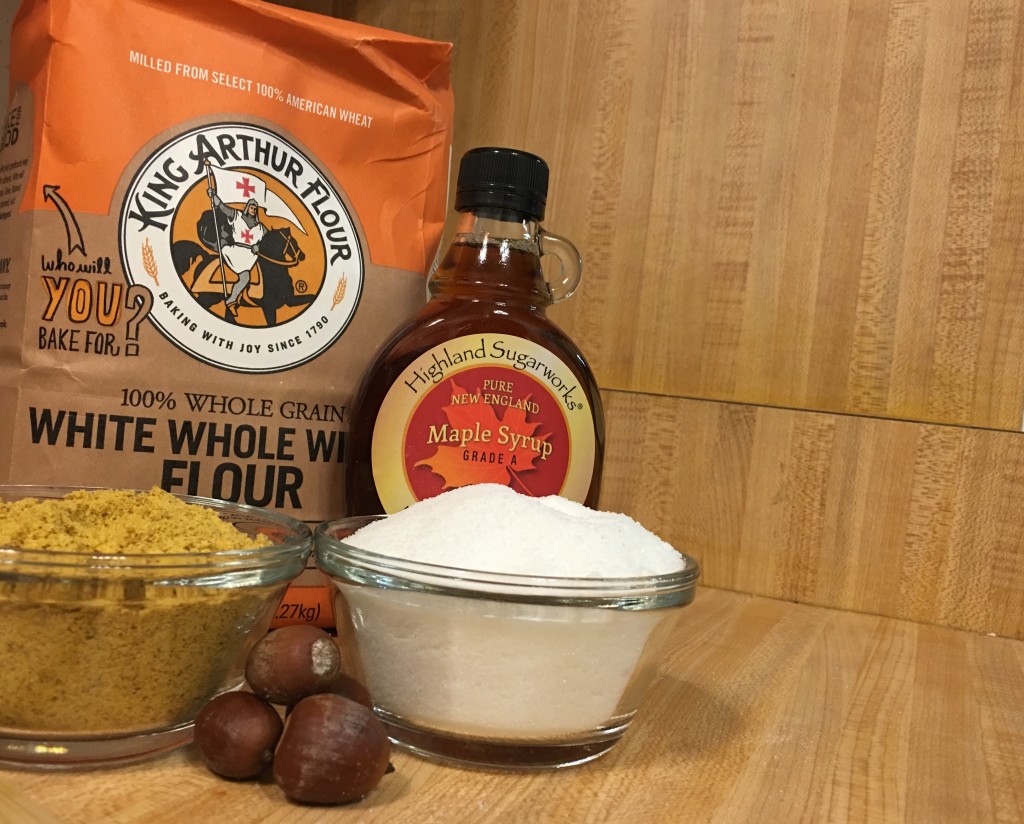 There are some things you should know about me before we get started: I have never been a proponent of natural, organic, vegetarian, or vegan eating. I have never fallen into any health food fads because I have never given a second thought to health food. I come from three generations of farmers, and the only farming I have done has been weeding my mother’s flower garden.

Any attempts at salvaging my nutrition were solely on the part of my mother, the nurse, and the army of dieticians that worked with her, and hiking through the woods with my Boy Scout troop involved bringing enough vienna sausages and tortillas to last me the full week. I knew what caffeine meant before I entered kindergarten, and was shocked to discover ranch dressing didn’t taste exactly like Cool Ranch Doritos. I was lucky enough to be born with a seemingly indestructible metabolism; no matter how much abuse my body took, it always seemed to bounce back to normal.

This is the background I was coming into when I started reading Into the Forest. Jean Hegland’s book centers around two sisters surviving in a world with no electricity, no gasoline, and a dwindling amount of packaged food. This a novel that will most likely make you a little self-conscious, and it should. Hegland portrays the two sisters, Eva and Nell, as incredibly strong characters with an amazing sense of survival. After they run out of food, they begin the process of growing their own; they grow tomatoes, peppers, chard, squash, and beets, and salvage their berries and acorns from the forest. They learn how to can, dry, and preserve their food, leaving them with fresh fruits and vegetables easily at hand.

Obviously, this is a lifestyle with nutritional benefits. These courageous girls go from surviving on Fastco bulk food to eating only the food they grew in their garden, gathered in the forest, or killed themselves. As Nell says, they were “eating like queens from the seeds [their] father saved, from the garden [they] hoed and mulched and planted and weeded and watered” (176). This was living off the land at its finest, which was completely foreign to me. 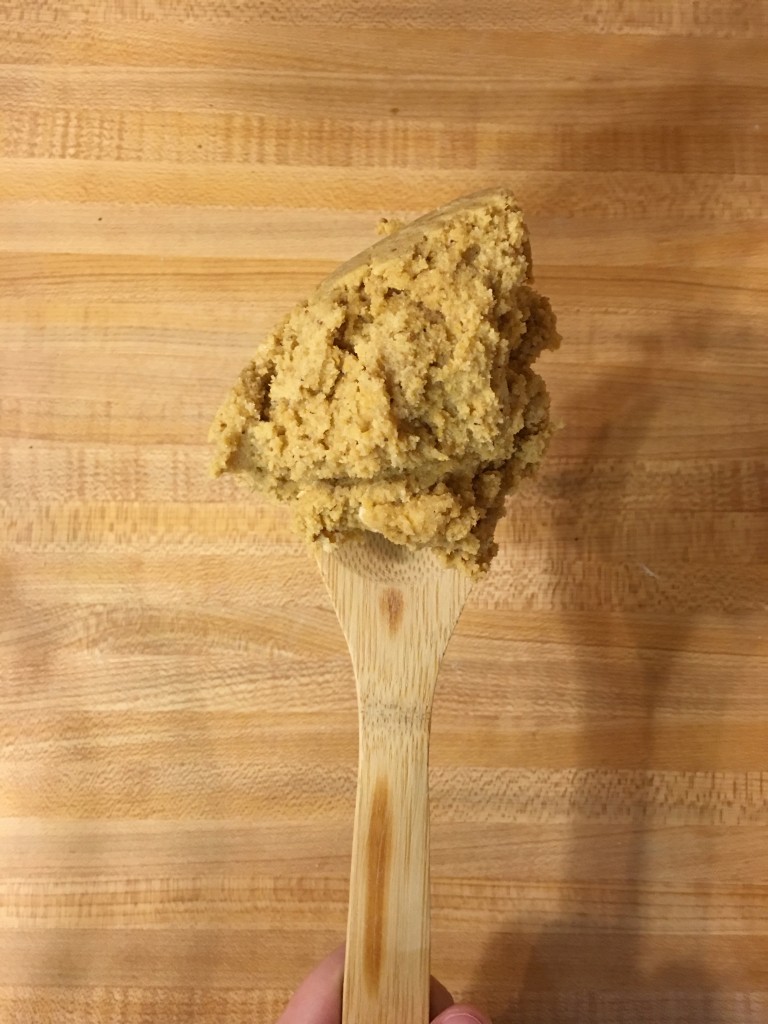 When I read about the veritable cornucopia of fruits and vegetables that Eva and Nell harvested and ate, I was awestruck. I knew all these things existed, and I knew these foods grew from the ground. I had even seen some of this growing in my grandfather’s garden. I had just never thought about eating all of them at once, and some of them seemed downright weird. Acorns had never struck me as something edible until I had it pointed out to me. It made sense— why shouldn’t we be able to eat something that falls from trees?— but I had never given thought to getting something as simple as flour from anywhere besides Kroger.

Before you pop an acorn in your mouth or grind them up and call them flour, you should know the process for getting acorns ready for consumption is a long one. Acorns are full of a natural preservative called tannin that gives them a disgusting bitter taste when eaten raw. To get rid of these tannins, various methods of a process called “leaching” can be used. Nell describes her process in detail, using a coffee filter and hot water to leach the tannins out of the acorns before grinding them into flour. I was spared this part of the process thanks to Dr. Lauren Cardon, who had acorn flour to spare (her process for leaching acorns can be found here, and it’s based off Nell’s method). After researching the process of creating acorn flour, I was doubtful. When I was handed a bag full of the stuff, my first thought was “How do I use this? And how do I make it taste good?”

Luckily, other people have blazed this trail before me, and the internet was rife with examples of acorn flour cookies, cakes, gnocchi, and spaetzle. As the dessert demon I am, I was immediately attracted to the words “cookies” and “cakes.” Apparently, though, cooking with acorn flours is tricky. Websites provided mixed reviews; one recipe for chocolate chip cookies yielded bitter, inedible bars, while others claimed to be best, nuttiest cookies that you would ever taste. However, hidden in the middle of these was a recipe that stuck out to me for its simplicity: Acorn Maple Shortbread Cookies.

Acorn? Maple? That’s two tree-related words in one title! I figured that if I were to give this foraging thing an attempt, what better way to do it than with the sweetest, most tree-related recipe I could find?

The recipe I used for these cookies was from Hank Shaw of honest-food.net. Unfortunately, it’s hard to find maple sugar in the South, so I substituted a mixture of ¼ cup granulated sugar and 2 tablespoons of maple syrup (as recommended by various websites). Turbinado sugar or “sugar in the raw” can also be substituted, according to Shaw. 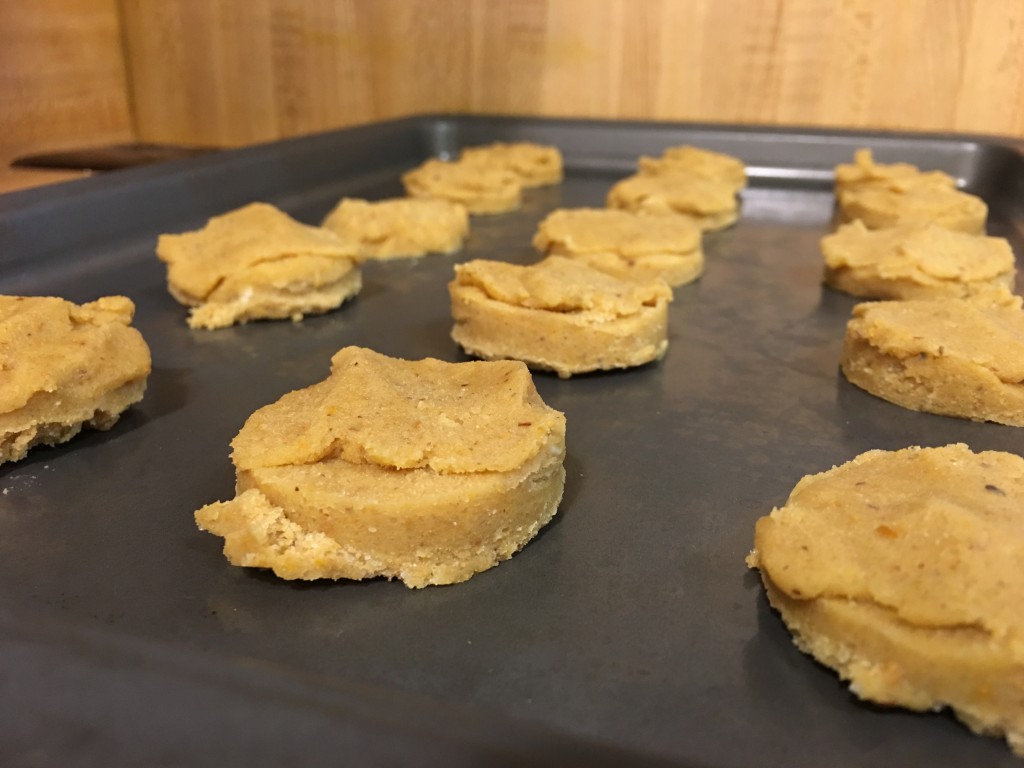 One thought on ““Nut”-thing to It: How to Eat Acorns and Enjoy It”