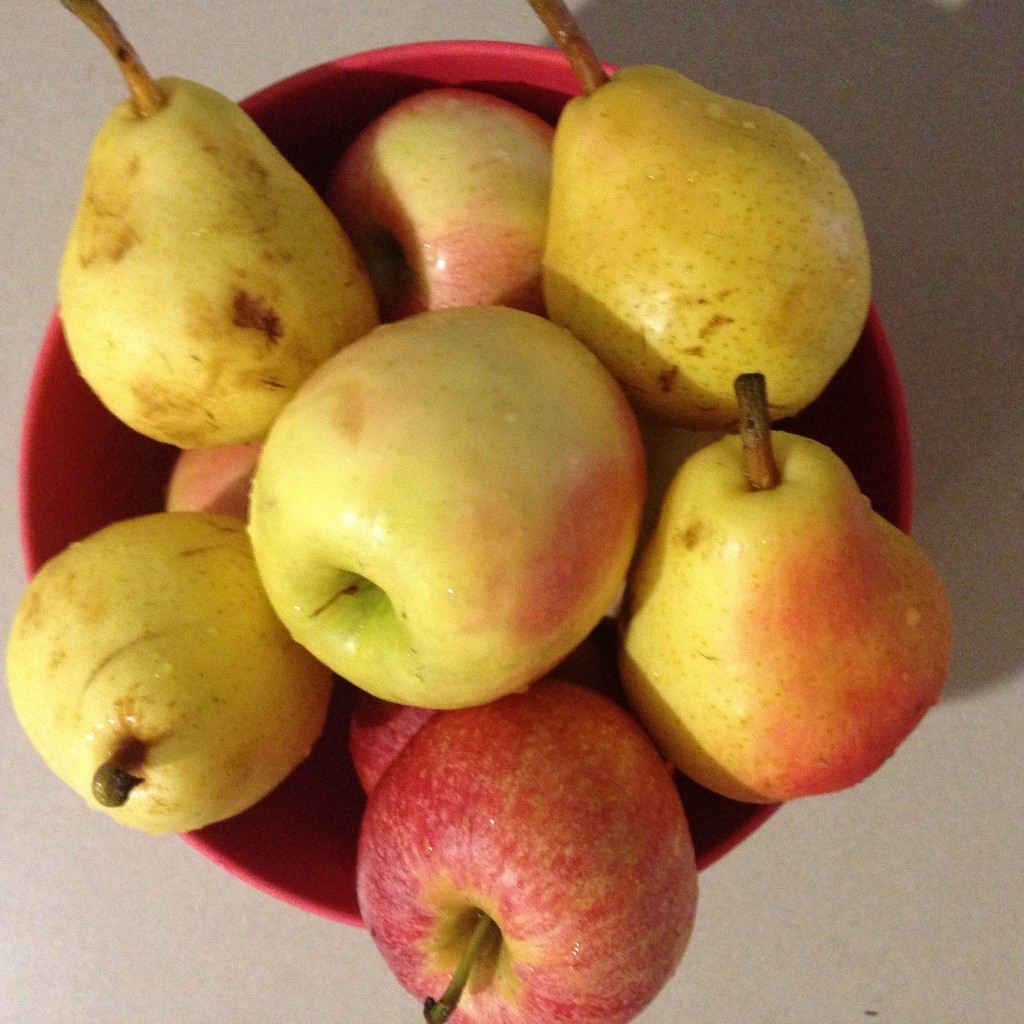 Biello begins by drawing attention to how much civilization truly relies on food: we need it to feed ourselves, to feed the animals we use to feed ourselves, to strengthen our clothing with fiber, and even to fuel our cars. Because we rely so heavily on food, agriculture has wiped out massive amounts of the biosphere: 70% of grasslands and 45% of temperate forests have been converted to farmland. Additionally, farming is not only the leading cause of deforestation in the tropics, but also “one of the largest sources of greenhouse gas emissions.”

According to Biello, organic farming was introduced as an attempt to reduce agriculture’s negative environmental impacts. Organic farming attempts to “control pests through biological means, using waste from animals to fertilize fields,” instead of with synthetic fertilizers, chemical pesticides, hormone and antibiotic treatments. And organic farming methods do indeed seem to be friendlier to the environment: organic soils retail water better, which allows less water to be used in irrigation and also “may… make it more resilient in the face of climate change.”

However, Biello is quick to note organic farming’s drawbacks. First, it is extremely “knowledge-intensive,” meaning farmers must spend more time learning how to work with less foolproof growing methods. Additionally, conventional farming yields over 25 percent more staple cereal crops, such as corn and wheat, than organic methods produce, though only 5 percent more yield for perennial crops, like fruit trees. These higher yields are often used in support of conventional farming, because they seem to support the growing human population much better than organic farming can. Yet Biello points out that the world “already produces… enough to provide more than 3,000 calories [per day] to every person on the planet.” The issue, then, is not one of production method, but one of distribution and waste.

While Biello raises several strong statistical points in his article, I was disappointed by his lack of structure and unresolved conclusion. Biello detracts from his article by moving into discussion on food distribution, which is also an important, complex agricultural issue that could use its own separate article. Ultimately, Biello does not truly land on one side of the organic vs. non-organic fence, instead saying “there is unlikely to be a simple solution.” Solutions will vary by time and place, but should ultimately look towards “alternative management systems” to improve food production.

One intriguing point Biello presents is the discussion that surrounds the sustainability of organic foods. He states that organic and non-organic methods yield similar amounts of perennial crops, like fruit. If that’s the case, why are organic apples so much more expensive than conventional ones? Even though it hurts my barely-surviving credit card, I always try to buy organic thin-skinned fruits like apples or pears. Not only do they taste better than their conventional cousins, but they also don’t present the risk of absorbing some synthetic processing agent whose name I can’t pronounce through their fragile outer layer.

As summertime approaches, I find myself reaching for the fruit bowl more and more. There is nothing better than the crunch of a fresh apple on a hot afternoon, or a soft, juicy pear to curb that midnight hunger. But sometimes you need something a little more snack-y than a piece of fresh fruit. If you’re trying to be healthy, the bag of chips sweetly calling you from the back of your pantry can present a challenge. But don’t despair, because I have a ridiculously healthy and simple solution: fruit chips.

What are fruit chips? They’re sliced apples or pears (or whatever else you want to experiment with) tossed in the oven with some cinnamon. Voila. 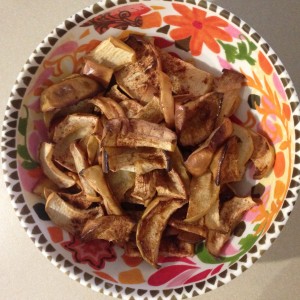 As stated in my last blog post, I am not a baker. Experimenting with literally the most simplistic recipe known to man proved that yet again. Half of my pear chips undercooked and half of my apple chips burnt. BUT, my failures just prove the glory of baking fruit in the oven: you really can’t go wrong- a burnt apple chip tastes like some deep, earthy apple cider thing. And undercooked pears taste like a glorious pear mush (if that doesn’t exist, it should). As for the slices that weren’t burnt or undercooked, each bite felt like a guilt-free trip to snack heaven. Healthy, cinnamon-y, fruity, delicious heaven. I highly recommend eating these things by the handful (or bowlful). 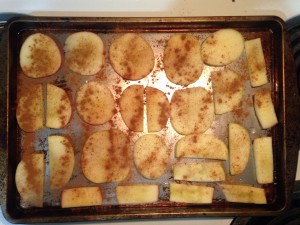 apple chips going into the oven

Directions: Preheat the oven to 300° F. Slice your fruit into thin slices. Lay the slices on a baking sheet, and sprinkle cinnamon on them. Let them bake for approx. 40 minutes, or until the edges of the fruit start to curl, or until the fruit looks golden brown. Flip the slices halfway if you want a more even cook. Let the slices cool. Enjoy!